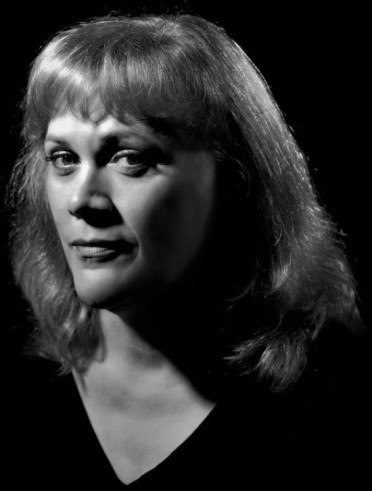 Lori Hahnel is the author of the following books: After You’ve Gone (a novel), Nothing Sacred (a short story collection), which was shortlisted for the Alberta Literary Award for fiction and Love Minus Zero (a novel). Her work has appeared in over forty journals in North America, Australia and the United Kingdom. She holds a BA in English from the University of Calgary. Hahnel lives in Calgary where she teaches creative writing.

Jamal Ali: You worked as a reference assistant at the Calgary Public Library from 1988-2006. Can you share your experiences? What was it like? In what ways did your experience influence your writing career?

Lori Hahnel:  Actually, I only worked on the fourth floor reference desk at the old Central Library for approximately the last five years of my time at Calgary Public Library, partly before and partly after being at home with my kids for five years. The rest of the time I worked in circulation, first at Fish Creek Library, then Central. There are far too many experiences from those days to share in a short space, but I will say that I’ve been a user and supporter of libraries since childhood. I was a library page in my elementary school library back in Regina, and while shelving books I came across and read a lot of things I probably wouldn’t have noticed otherwise. In my teen years, my closest friend and I spent many hours together in our local branch, Southwood, and we were there at least a couple of times a week for years. That experience had a huge effect on me in many ways. And I do think that being a reader from an early age and having a deep love of reading from early on is key for any writer. My mom said I was reading independently by the time I was three.

Not surprisingly, libraries and the people who use them and the people who work in them appear frequently in my work. The fourth floor at the old Central Library was an excellent place for a writer to work, since that collection held fiction and literature, and material on the craft of writing. I made good use of those resources when I worked there and continue to make use of libraries frequently now. And I try to make it my mission to tell people to use libraries. I was working with a writer recently who was feeling overwhelmed by research and had no idea that she could get help with it from libraries.

JA: During the early days of Calgary’s punk scene, you were a founding member of The Virgins, a power-pop punk group that carved its place in Calgary rock history as the city’s first all-female rock band. Can you reflect on your experiences? In what ways did your experience inspire your writing career?

LH: The Virgins were so long ago, 1979-1984, when I was just a kid, sixteen to twenty-one years old. The first and most obvious effect it had on my writing career is that my first novel, Love Minus Zero, is loosely based on the experience. To an extent, the experience also shows up in my second novel,  After You‘ve Gone, and at least a couple of the stories in Nothing Sacred spring from it as well. I suppose the “do-it-yourself” ethic that was a hallmark of the punk scene influenced my work and the way that I work – I prefer to do things my own way and work on my own, always. Although I’m never sure if people picked the DIY thing up from the punk scene or if the punk scene was attractive to DIY types of people. Either way, I’ve always been a firm believer in going with my gut when it comes to writing, and when it comes to most other things.

LH:  I think the differences between novels and short story collections are less distinct these days. I was recently a mentor at the Banff Centre Summer Writing Retreat and many if not most of the participants were there working on linked story collections, which have become a kind of middle ground between the two forms. The differences in writing these two forms are not as significant as some people believe, in my opinion. Yes, with a novel you are telling one story that probably takes years to write, whereas with a short story collection you are telling a number of different yet connected stories that probably take years to write. Then again, that one story in your novel is likely to be complex and have subplots and a large number of characters, and is certainly not something you sit down and write all at once. With a linked short story collection, as with a novel, there needs to be some kind of narrative arc to the stories, some kind of thread that holds them together. To say it’s a case of ‘potato,’ ‘potah-to’ is a little glib, and not always true, but maybe there’s some truth to the idea.

JA: Malcolm Azania (referred to by his pen name, Minister Faust), the Kenyan-Canadian novelist wrote, “Novels are long-term relationships, and short stories are flings.” What are your perspectives on this?

LH: I agree with Minister Faust to a degree here, though I’m not altogether sure the relationship metaphor really works for me. Yes, it is true that it takes much longer to write a novel than it does to write a single short story. But a good short story can have as much impact, as much gravitas, as a novel, and I don’t think because short stories are shorter means they are less serious or less important. Or that there is somehow less craft involved in the writing of them. In fact, I think you could argue that in some ways short stories are harder to write than novels. I mean, using that same metaphor, what is a poem?

JA: According to the French novelist, Gustave Flaubert, “The art of writing is the art of discovering what you believe.” What are your thoughts on this quote?

LH: I feel like this quote should really be, “The art of living is the art of discovering what you believe.” I have felt for a long time that creative writing for many people is a journey of self-discovery. Self-discovery is at once both the reason we go on the journey and the destination we wish to arrive at. I also think that the more we write and the longer we live the more we realize how much more there always is to discover. For me at least (and I think for many others) what I believe is always evolving.

JA: What writers have influenced you and how?

LH: I love Alice Munro for her characters, who are never what they at first seem to be. Hemingway’s short stories (however unfashionable he may be) for his economy of language and his ability to evoke with small details. Kurt Vonnegut for his wildness and his wit and his melancholy. Ann Patchett for her ability to keep you riveted to her story no matter how many crazy turns it takes. Edna O’Brien for her honesty and her deep courage. Roddy Doyle for his humour and his big heart.

I also recently reread a favourite series from childhood, the All-Of-A-Kind Family books written by Sydney Taylor in the 1950’s. They’re about a family of Jewish immigrants who live in the Lower East Side of New York just before World War 1. I read them over and over when I was a kid, but haven’t read them in over forty years. I was amazed to find how much they influenced me in terms of style and subject matter. I can’t say that for some other books that I read later that I would have thought had a bigger influence on me. So now I’m curious to go back and read some of my other best-loved books from my formative years to see what kind of influence they had on me and my writing. Looks like I need to go back to the library once again.