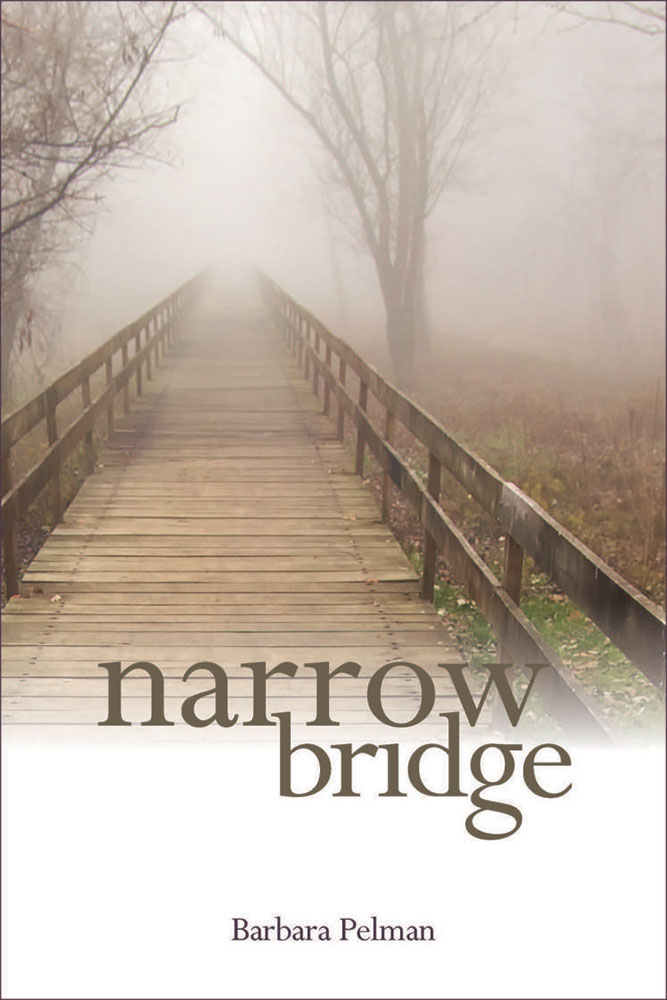 Pelman’s Narrow Bridge is a musical ode to life, aging, acceptance, and rebirth in three parts. The beginning starts the way any good beginning should, with yearning— (wander)lust, and a desire to position oneself in time as well as space. By the time the second section came around, I was overjoyed by the title of the first poem: “Why She Went to Italy.”

The second section follows this empowering sense of agency and new-found determination, as the speaker is further revealed to the reader, and perhaps even to herself. Lovers, music, travel, family, loss—all is captured like a beautiful postcard in Pelman’s poetry, inviting readers to stand on these bridges with the speaker.

The third section is an affirmation of the speaker, but with seeming doubts until the final poem, “You Could”, which shows that the speaker, indeed, can. The third section also introduces religious topics, as the final pages of the collection become spiritual, almost psalm-like for the speaker as she is revealed in her entirety to both readers and herself, now fully aware of her capabilities and responsibilities. The last poem also works as a perfect bookend and tie-in to the first poem, creating a word-based enso circle.

The collection’s overall style is exactly what one could want from a book about travel and self-discovery; there are poetic forms from many different cultures, such as centos, glosas, fugues, and haibun—all well executed. One prevalent poetic philosophy that runs throughout this collection, to my great pleasure, was a flair typically associated with Japanese arts. The poems are skillfully connected to one another, being ‘bridged’ in a wonderfully renga-esque way. There are also several haibun scattered throughout, and mentions of kintsugi and wabi sabi. While this style is noticeable, it is by no means heavy-handed, and is a great foundation on which Pelman builds her beautiful collection. I have to get a copy for my mom!

Skylar Kay is a recent Mount Royal graduate with a degree in English. She is interested in haiku and plans to pursue an M.A in Japanese Literature. She is a regular contributor to FreeFall Magazine.