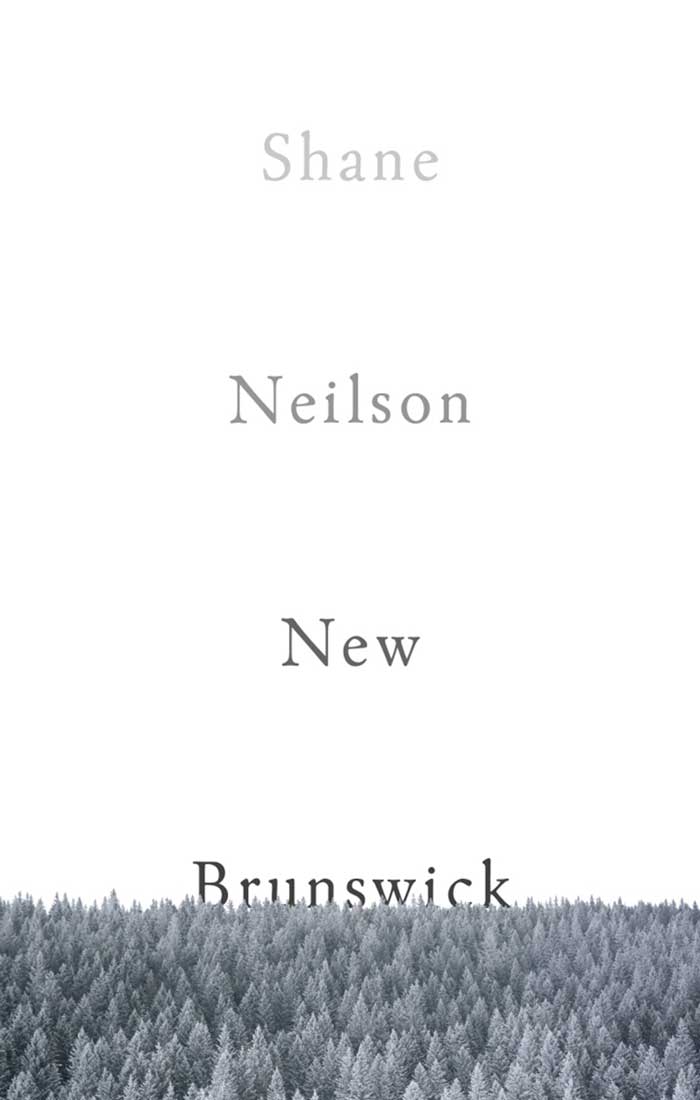 Shane Neilson’s New Brunswick forms a story of loss, love, and return, circling around New Brunswick as a province and its history, as well as Neilson’s parents, specifically his mother. As a strange love letter to New Brunswick, it is very specific to the province, and will evoke images, both positive and negative, for anyone familiar with the area and its history.

Allusions or references are made to businesses, landmarks, and other facets of life in New Brunswick, as Neilson mentions the COR party, places such as Shediac, and poets such as Alden Nowlan and Eli Mandel. These references are undoubtedly familiar to many from New Brunswick, or at least to Neilson, as there was no perceived need for footnotes to explain the significance of these references, even for vague mentions such as the initials “K.C” in a discussion of corporations. While the poems often still function without immediate knowledge or some quick Googling, I was not made to feel welcomed as an outsider to the province. As a result, the most powerful poems for me were those directly dealing with the love and loss of parents, which were still very moving.

The style itself showed promise, as there are several poems in the collection which utilize the space on the page to the fullest, such as the poem “Sail” in which the erratic line placement mirrors the phrase “tatters of mind stitched into sail”, or when a gradually reducing line length emphasizes the first word “Dynasties” and the last word “Bye” in the poem “Florenceville”. The collection as a whole is great for people familiar with the history of New Brunswick, as it will be relatable and humourous in parts, while also being sobering and touching in others. For people outside of this market, however, the full impact of the collection might be harder to feel.