Review of Cecelia Frey’s “Lovers Fall Back to Earth” 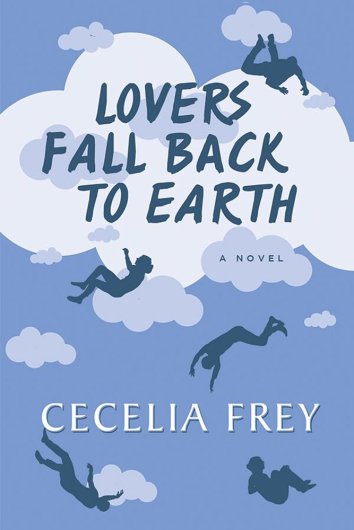 This book is about unpacking clichés; all that has been hoarded over the years. Frey pries beneath the surface, holding a formidable dexterity with the light and dark features of story. Her characters surface as those who make you laugh, and those who tick you off.

Lovers Fall Back to Earth begins with a tragedy at the death of a beloved sister. We see how a small group of flower children—two remaining sisters and the men who married them—live beyond the tragedy. We get to know Esther and George, Helena and Benjamin, and Veronica, the marginalized mistress who demands centre stage. The book is studded with extensive dialogue that reveals surface tensions, as well as soul-searching prose that navigates deep questions. Sometimes I wanted more of one and less of the other, but Frey balances the variation. The characters achieve a sympathetic pose regardless of how they surface. Frey does not allow sympathy for long, nor does she allow us to sit with judgment.

As George begins his affair with Veronica, he contemplates the headiness, at which time he becomes Everyman:

He could not believe it, those first days, weeks, months. Lazarus raised from the dead. That was the simple truth of it. He did not intend to deceive Esther. But what could a man do who had been dead and then given a second chance at life? It was a miracle. Veronica was a miracle. He was grateful. To Veronica. To life. He had not expected this. (109-110)

When Veronica informs George that she is pregnant, his privileged existence gets challenged, and he fires the vitriol of cliché against the women he has impregnated:

It took George’s mind a moment to make the turn. It was as though she had spoken in a foreign language that his brain had to translate word by word, then form the disparate words into a comprehensible whole. But what she was saying was not possible. “This isn’t possible,” he said. “You’ve been taking the pill.”
“I know. I don’t know what happened. They say, the doctor said, that every once in a while it happens.”
“You must have missed a day.”
“No.”
“You’re lying. You’re not pregnant. You’re saying this to get me to stay.”
“In the first place, unlike you, I don’t tell lies. In the second place, I wouldn’t lower myself to that sort of subterfuge to get any man to stay. In the third place, I’ve been to a doctor. I’ve had the tests.”
“You’ve done this on purpose.” (113)

Veronica’s voice is typically co-opted by George’s reflections of himself. But isn’t that always the way with a man and his mistress? She yells a lot and threatens. It is Frey’s careful use of narration that allows us to arrive at a layered judgment of Veronica.

Helena and Benjamin are also victims of the early tragedy; each has suffered a debilitating loss of innocence and purpose. As Helena grapples with destructive behaviours, she opens up to Ben, who becomes her Muse once again.

“I can’t make rational decisions about emotions the way you can. Anyway, it comes to me when I am asleep. I keep having a dream, where the accident happens over and over again. I don’t want to live if I keep having that dream. But I’m afraid to die because what if it’s true, what they told us in Sunday School, that there is life after death and if you’re bad you’ll be tortured in the fires of hell for eternity. For me that would be an endless eternity of having that dream.” . . . “Time is the enemy,” she said. “I don’t want time.”

“Time is your friend.” Benjamin spoke slowly, emphatically, in low even tones. He’s used to this, she thought, used to talking people into handing over the gun or the pills. (130-131)

Frey ushers all these characters into a healing place. She doesn’t flinch from narrational reflections that are ubiquitous, in Benjamin’s head:

How a person deals with pain is a defining factor. Some people fixed themselves at the cauterization stage, some dealt with pain with drink and drugs. Most of the street people did that. But that caused other problems to do with health and relationships. And the pain could come back, like the eruption of an illness lying dormant for a while before re-emerging with vengeance.

Then there were those who fought like wildcats against pain, who would not let themselves be destroyed, who would use any means or any person available as an object to save their own egos. Veronica was like that. (139)

When Esther animates around her new life without George, she stretches toward her future:

She reached out her arm and opened the door to a smiling man, not too tall, sturdy but trim, with greying hair and laughing eyes, who held flowers in one hand and a bottle of wine in the other. (245)

Conclusions are wrapped up, but not so neatly. To do so, Frey would have had to comply with collateral damage in victimization. George is left to natural consequences. The women seem to win and those who do right by them can live to see another day of contentment, if not total happiness.

Vivian Hansen’s publications include three full-length books of poetry and several chapbooks. She has published recent essays in Coming Here, Being Here (ed: Cat and Mouse Don Mulcahy, Guernica Editions 2016), and in Waiting (University of Alberta Press 2018). She has a short piece in the Calgary Public Library Dispenser Series (2019) “Where We Surfaced.” Her chapbook “Design Charette For Blakiston Park” has just been released by Loft 112.