Book Review of “The Boy” by Betty Jane Hegerat 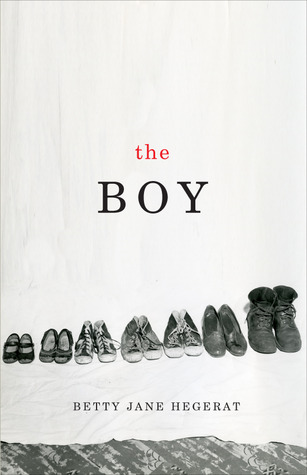 Annie Vigna
A review of
The Boy
By Betty Jane Hegerat

Betty Jane Hegerat is the author of two novels, a collection of short stories, and this, a book of creative non-fiction.

Hegerat had been struggling with a fictional piece about a teacher, Louise, who marries Jake, an older widower with a delinquent son. Could Louise love this child named Danny? A vague recollection of an event that happened forty years ago streams into the author’s memory when she was a child of eleven, a memory made more vivid because of the “gruesome details of a nearby crime” (18):

The Cook murders. In Stettler, Alberta. Robert Raymond Cook. The whole family bludgeoned to death, bodies hidden in a grease pit in the garage. (18)

And she becomes obsessed with the reasons why Robert Raymond Cook was charged with the commission of these murders, and if indeed it was he who committed these heinous acts. “He was tried twice, convicted, lost an appeal to the Supreme Court of Canada, lost a last ditch bid for a commuted sentence and was hanged at Fort Saskatchewan Provincial Gaol on November 14, 1960. . .the last man hanged in Alberta.” (21)

What we have here is an author who usually writes fiction, some of it gleaned from a plethora of her experiences as a social worker, and who now has embraced studies in a Master of Fine Arts degree in creative writing at the University of British Columbia. Her instructor has advised and encouraged her to veer off into creative non-fiction and to also include herself as one of the characters. No small feat, yet Hegerat accomplishes this with the greatest awareness of the facts integral to the Cook murders, and her compassionate treatment of her fictional family.

This is how she does it: Chapters titled “The Boy” are dedicated to the fictional characters—Louise, Jake, Danny; “Roads Back” mine the memories and research of the author as she investigates facts, evidence, key players and attitudes surrounding Robert Raymond Cook and the murders he was hanged for. And throughout these chapters, in italics and lighter print are nagging questions posed by the fictional Louise; and Hegerat’s expressions in lighter print, but not italicized, which serve to remind the reader of the difficulties faced by writing about a crime that was tried on circumstantial evidence and, after all these years, divided public opinion about the guilt of the convicted and hanged Cook.

Interviews were conducted with those whom might have known the Cook family, with those whom were involved in the assessment of Robert Cook, including the defense lawyer, the head nurse on the psychiatric unit at Ponoka, and biographer Jack Pecover. Reams of notes were taken. Piles of written records were read and recorded. The author relentlessly sought the truth “to find these people, restore them from their infamy as the ‘murdered Cook family’ to seven ordinary human beings.” (76)

Cemeteries were visited. In the Hanna cemetery: “Seven names, one date of death. Ray, Daisy, Gerry, Patty, Chrissy, Kathy, and Linda. Ever Remembered. Ever Loved.” (79) In the cemetery close to the Prince Albert penitentiary, “a row of white crosses.” (271) These were the graves of Robert Raymond Cook’s fellows. Men who had died incarcerated . . . Men who had been boys in families of one sort or another, but in the end, were unclaimed.” (274-5)

There is no grave for the convicted Bobby. His body resided at the University of Alberta, Department of Anatomy. Even he did not predict this in his “letter home just before his eighteenth birthday: ‘I mean everything I say for if I get into another jam, it will go on and on until I kick the bucket in a pen or some dirty provincial jail.’” (275) That is how the author concludes her story about the boy called Robert Raymond Cook. And the persistent voice of Louise asks about the other boy: “But what about Danny? Where does he end?” (276) Troubled by the dichotomy of these two boys, one real and one fictional, and unable to effect a different ending for the real boy, the author concludes the fictional story of Danny with grace and humanity.

Since the publication of The Boy, Betty Jane Hegerat has availed herself tirelessly to readers at book signings and book clubs throughout Alberta, and continues to do so with a dizzying schedule well into 2012. Her other Oolichan titles are A Crack in the Wall (2008), and Delivery (2009).