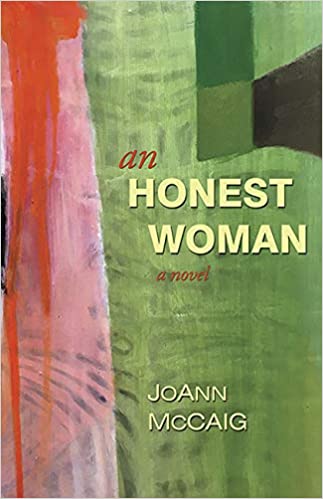 I knew nothing about metafiction when I began to read. Partway through I got the gist of it. Brilliant, I thought, to write with the insertion of self as author inside the creation of characters’ personas and circumstances, commenting on the actual process of story-writing. Quite aside from enjoying the read, that for me was exciting new learning.

The onion layering was also a new experience in my reading fiction. I needed to flip a few times back and forth between the Table of Contents at the beginning, and the Cast and, for those readers more inclined to arty visuals, the clever (and hilarious) A Sort of Map on the back pages that clarify interrelatedness and the various narrators’ fantasies. If you
are confused, each narrator reminds you to go back and take a look. And there are plenty of thoughtfully-placed footnotes and asides to guide us, so warmly addressed by the narrators as, Dear Readers.

But beyond the meticulous crafting of structure and my “aha moment” of getting it, I realized that I had slipped effortlessly into the world of fantasy, seduced as I was by McCaig’s gorgeous wordsmithery: “I sleep late—bless this lake and its lush silence—” (19) and

Dusk deepens, darkens, and the swallows give way to the flutter of bats, hunting mosquitoes, …. I shift in my chair, … let my legs relax, knees out. And something begins to happen. I let go, feel the muscles stretch and become … receptive, somehow. … The lap of water on the shoreline. Birds call, the horses amble down to the bay for an evening drink. Soon, the owls. (41)

Such poetic imagery makes it easy to negotiate the vigorous structural gymnastics.

The novel’s language is also pithy and understated … “And I didn’t come on to him at all either, not really. Well, I touched him, used his name, made some comments (okay guarded ones) to the effect that I thought he was cool. But no. I was way too cautious. I wish I could have told him how beautiful he is” (59). The writing is honest, funny, and heart- wrenching.

Another reason I was smitten with An Honest Woman is that McCaig’s writing reveals a keen awareness about the interiority of women ‘of a certain age’, the inner machinations of erotic fantasy, and the struggle with Victorian vestiges of western, post-Freudian, postmodern, post-second-wave-feminist morality about contemporary sexual fantasy. On page 202 for example, a famous Canadian literati chastises the narrator, Janet Mair, for writing a scene involving consensual bondage: “I would never, ever, use the abuse of sexual power as a literary device” (202). Mair, anticipating the moral disapproval behind the reprimand, calmly replies, “… millions of women fantasize about extreme sexual power and domination. Different sides of the same coin, don’t you think?” (203). A few passages later, Mair responds to a fifties-something woman’s characterization of her own sexual fantasy as her ‘Inner Beloved’ with knee-smacking wit: “… fuck my inner beloved. I just wanna get laid” (215).

Unlike the female characters of Anais Nin, written almost 100 years ago, I felt deeply invested in each of An Honest Woman’s female narrators, their projections and intricate mental meanderings. In a passage I found both liberating and bittersweet, a male professor leers and comments that Morag (in Margaret Laurence’s The Diviners) is “a very lusty woman” (221). And as Mair walks away, she thinks, “No. No, he’s wrong, that’s not it at all, She’s not lusty. She’s normal. It’s what I’ve always loved about her. The frankness of her desire” (221). Indeed, an honest woman.

Overall, I love a damn good piece of work that provokes me to learn about new ways of writing and reading something as complex as metafiction. And all the more if it’s full of ribald wit, sex, interiority, and the ability to laugh at and with oneself. You, dear reader, will care about McCaig’s struggling characters. Her ability to write them with an eye for detail and introspection is beyond par. Read it. You’ll see.

Sarah Butson is living her dream in her mountain home west of Calgary. When she’s not communing with the trees and moose, she’s skiing and even writing. This is her first book review.