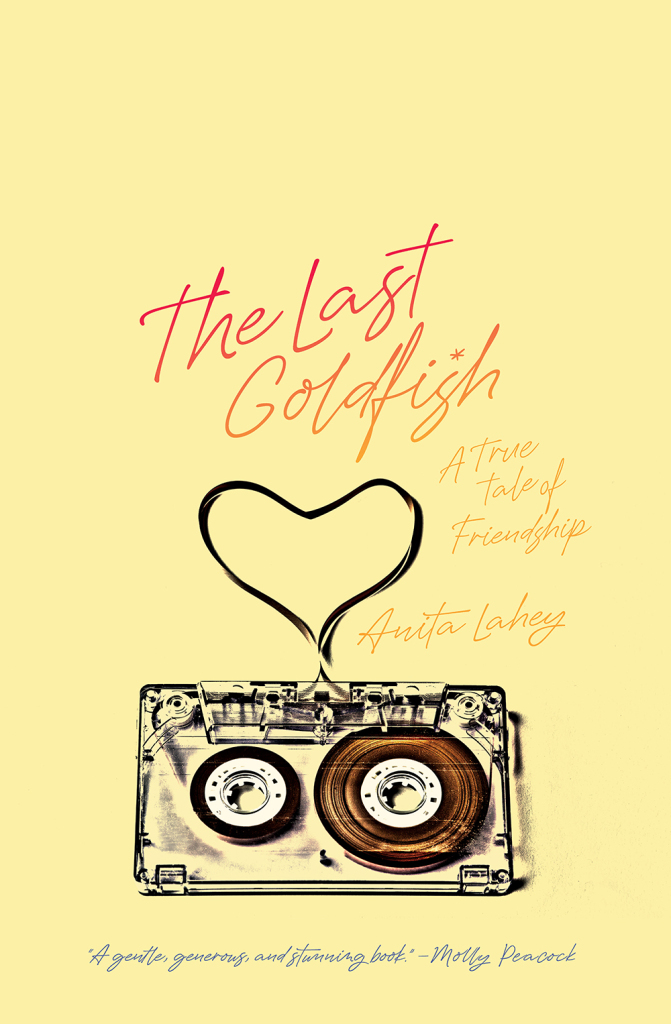 Some books are page turners, keeping readers asking, ‘How will this end? I need to know!’ Lahey’s The Last Goldfish was, for me, not a page turner. I mean that in literally the best way possible, however. It has no air of mystery, but still kept me compelled to finish chapter after chapter because of how close I felt to the characters. Lahey explicitly tells the reader about the end result of Anita and Lou’s friendship on the book cover. There are no secrets, only emotional scenes written beautifully that make you wanna call your best friend between chapters, which often end in reading through tears, to tell them how important they are to you.

The reason for the tears is simple—Lahey crafts a story of friendship that one cannot easily resist, as the reader becomes a third person in the lives of Anita and her best friend Lou. Trials, tribulations, highs, and lows—the reader is brought along on every adventure, growing more and more fond of Lou as the story progresses. Then, naturally, the heartbreak of cancer hits despite Lou’s best efforts to stay positive and make games out of it at times. These characters, particularly Lou, are so incredibly well done. If this book is to serve as a memoir, an ode to all the Lou’s out there, it does a wonderful job. The character is consistent in her actions and behaviours, while also going through very well-presented changes due to her situation. There are some characters in the novel, however, who feel somewhat superfluous, but this story is explicitly not about them, so it can be forgiven.

In addition to wonderfully crafted characters, Lahey also presents the reader with well-written prose. The attention to detail in colours, time, and physical appearances is brilliant. The temporal skips are well done, though at times a tad jarring, as the reader once again has to situate themselves in the relationship between Anita and Lou at a certain point in time. These skips are great for revealing more of the characters’ pasts, however, and are often a time for deeper reflection on the friendship. Setting changes are well done, and each city in the story—mainly Vancouver, Toronto, and the town in which Anita and Lou grew up—all feel distinct and seem to fit the lives of the characters perfectly. Lahey also brilliantly recalls recurring colours from chapter to chapter, such as in chapter eighteen, where Lahey mentions a mountain with red and blue features on it—colours often associated with Lou due to her hair and eye colours. This juxtaposition between the strength of a mountain side and the frailty of Lou in her late-stage cancer is just one example of how powerful Lahey’s attention to detail and consistency is throughout the novel.

Overall, this story is a beautiful representation of, and homage to, friendship in its most visceral form. It isn’t always a feel-good novel, but it is a damn good one. Lou is a character that I feel could stick with me for a lifetime, and I am honestly grateful to Lahey for having written this book so well. I would recommend this book for anyone who has lost a loved one to cancer, or anyone who just needs to get some tears flowing.

Skylar Kay is a not-so-new writer who has a passion for Japanese forms, specifically haiku. Her work has appeared in several online and print journals, including Autumn Moon Haiku Journal and Ephemerae.