Poetry, Prose, and the Sexual Metaphor

On September 12, The Under Western Skies conference wrapped up in Calgary with a moving keynote address by David Schindler. If you don’t know his work, I’d recommend you look him up. The week of keynotes, panels, and discussion hit on many topics that are dear to my heart and my politics. Despite the great variety of sessions I attended I keep going back to one in particular, “The Earth Works Like a Poem.” Maybe it’s my writing background or maybe it’s because the panel was made up of poets I know and respect but, it got me thinking. Or to be more specific, a question posed by Weyman Chan, a Calgary poet, got me thinking. Weyman asked the audience, “why read poetry?” As a fiction writer who dabbles more and more in poetry and as a fiction reader who loves to get lost in the larger world of the Novel, I had to really think on this. Why do I read poetry? And why are there times when I feel that the poem is a more appropriate platform for a piece of my own writing over a short story? I’ve come up with multiple ideas since the question was first posed, but the more I think about it the less I feel I have an answer. One thing I have concluded is that I can really only answer this question for myself and so that is all I will do.

As I discussed Weyman’s question with my partner I found I wasn’t just asking ‘why read poetry,’ but when do I read poetry versus fiction and even more predominate in our discussion was when do I write poetry instead of fiction? Both art forms, the short story and the poem, are very similar in many regards. Both are pieces of communication, both tell a story, both can tease the line between fiction and non-fiction, and both can be very intimate for reader and writer. In terms of space, the short story and the poem both require little to say what they need to say, but, the poem has a way of not only using small amounts of page space, but also less word space and conscious mental space; there is more said in what is not said in the sentences and words, in the lingering moments between stanzas of a poem. I realize that in terms of page space less is more is not always entirely accurate for of course there are poems that physically take up more space than others such as the prose poem, and the epic poem, and poems that take up two and three pages while there are short stories that take up only one. However, and this is part of an ongoing conversation I’ve had with numerous writers, despite the varying form options a poem has to be written in, there is still something about a poem that tells the reader they are in a poem. The formatting, the structure of the verse, the choices made when removing verbs or articles from the writing, the mental space the poem swells into, all play a part. Sometimes it’s clear and sometimes it’s not that obvious. I can’t speak to what it is exactly but I can feel it and maybe that’s the only way I can truly answer Weyman’s question and my own questions it stirred up, with how I feel it.

In both a short story and in a poem, every word matters, every sound and syllable is connected to one another. So what does a poem do that a story does not? Or maybe more accurately, what does a poem do that a piece of fiction can do but very differently. I’ve always felt that the poem creates a close, fast relationship with the reader. The way traveling to Northern Alberta in the winter, with ten almost strangers on a small bus, sleeping on a cabin floor side by side, create fast relationships. It can be uncomfortable and intimate. Sometimes the tension is palpable; sometime you have to look back on the small moments to really understand the experience. When I’m reading poetry, I settle into the ‘hmm’ of it quickly, the satisfied moment of the final word, but then I sit with it and think. When I write poetry I tend to write it fast with a surge of inspiration behind me. Of course the editing comes later, but it’s a feeling, often sensual and unmistakable, that drives the force of the poem. When I write short stories, on the other hand, I’ve often been thinking about the idea for a while and I have random notes written in my journal to go with those thoughts. My drive is with the satisfaction that comes when a body of work is carefully inspected and understood. Not so much that the act of writing becomes clinical and dry, but just enough that I feel the intimacy that comes from knowing exactly how the body will respond to my manipulation and to know when my choices are no longer driving the work forward.

The differences of how I write poetry and short stories often affect how I read them. I can’t help but expect a different relationship with each form. I will pick up a poetry book at any moment and read one or two poems and then put it down for later but I like to take my short stories to bed with me. I like poetry that places contrasting images and ideas in a direct relationship. That doesn’t mess around. Where a short story can take it’s time connecting the dots, building the reader up slowly (but not as slowly as a well-executed novel) the poem doesn’t wait for the reader to catch up, to remember the dark eyed stranger on the train from the beginning of the story when she reappears at your kitchen table at the end. I like a poem that gets to the point – that doesn’t have time to fumble around. A quick afternoon orgasm or two, versus the built up release of a late night tryst with a new lover. The poem knows it way around and it gets there. I like a short story to take it’s time with me the same way I will take my time with it. When I read a short story, I don’t want to know all of its tricks right away and when I write one, I enjoy learning what makes the story tick before I settle into it.

I write poetry when it’s personal, when the emotions of an idea are stronger than the idea itself. I write fiction when my mind is as invested as my body. Often my personal attachment to a story is further away than in poetry but that doesn’t mean it’s any less intimate. And so I end with more ways the two are alike than different: They are both a platform to convey ideas that are sometimes emotional and raw. They can be political, spiritual, and whimsical. They like to have a little fun with both the audience and the writer while simultaneously making them think. They can strip reader and writer naked, leaving them vulnerable and questioning everything they thought was safe. They are extensions of who we are as people and what it means to be human. They are love letters, cries for help, circulating out in the world, and locked in desk drawers. Because my relationship with the two art forms is so different it wouldn’t be fair to say I write one over the other. It’s never a decision based on better or worse and it doesn’t even depend on how much wine I’ve had, it just depends on my sensibilities in that moment I pick up my pen. 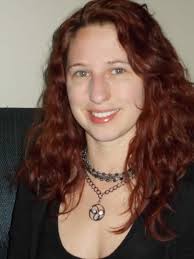 Born and raised in Calgary, Crystal has been writing for over fifteen years. She studied creative writing in both fiction and poetry at Mount Royal University. She writes out of her childhood home where a postcard view of downtown and the Rocky Mountains often distracts her. Other welcomed distractions in her life are her daughter’s ever evolving views on humanity, listening to her talented partner read drafts of his own work, and wine. Crystal is most inspired in her own writing when exploring the Rocky Mountains or the banks of the Bow River. Exclusive FreeFall Blog Content!