Book Review of “Why Men Lie” by Linden MacIntyre 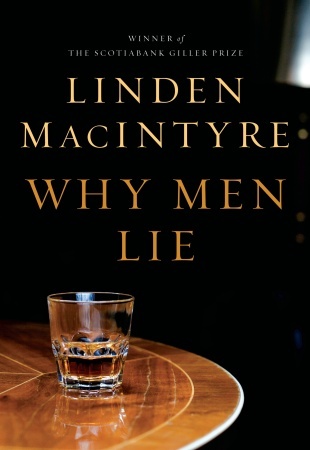 Linden Macintyre takes us on a journey through a new relationship with a flame from Effie’s past. Effie fails to recognize JC Campbell immediately, but she soon recalls his presence from their respective natal hometowns near Cape Breton. Memories are dredged up and Effie recalls deeds, which bring both guilt and innocence to mind. Her two marriages have filled her with mistrust and doubt about men. She prefers a life alone. Quizzically, she ponders why her relationships are void of trust and truth.

She’d suspected, for a while, that he was homosexual, that his remoteness came from a feeling of exclusion. But Sextus told her that he probably held himself a little apart because of the fallout from an incident when he was still a student. JC had secrets, but he definitely wasn’t gay (7).

Deed after deed by, the then committed, JC causes Effie to wonder about his honesty. JC is embroiled in one strange relationship after another. His journalistic escapades familiarize him with those living on the edge. Strange characters enter his world. A host of characters come and go: a prisoner in Texas on death row, a daughter, a granddaughter, a priestly brother, and an estranged lover. Truth and lie, like the compounding and interweaving behaviours of the character, are so tightly woven the ultimately truth and lie are irrelevant in the overarching act of living.

“You realize that he was probably a gunrunner. The IRS had them planted all over the world, set up as legitimate businessmen. There was even a banker in Toronto.”
“Connor was getting out of it. He promised me.”
“Men promise all sorts of things.” He was smiling (254-55).

Effie’s previous husband Sextus wrote a book that remains unopened through most of the story. When Effie finally opens the book, truth may or may not be what she wants in her relationships with men.

“The safest place, she realized, was memory, where there were no longer any
questions of importance. But memories were painful. She left her bed, stood
by a window that overlooked the lane. . . . She raised the window, felt the
instant breath of cool, moist air and shivered. Then she donned jeans, a T-
shirt, a sweater, running shoes, and followed her brother into the revealing
night.” (349).

What is truth? Do we need it or do we need to hide from it? Macintyre explores truth within the complexity of relationships both intimate and fleeting.