Book Review of “Selector of Souls” by Shauna Singh Baldwin 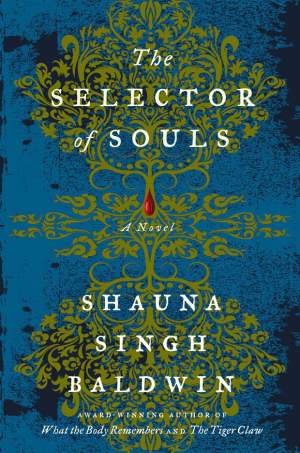 Damini, one protagonist, is presented as both murderess and goddess. Damini’s belief in the Pantheon of Hindi gods and their patient permission through eternal reincarnation, allows her to resolve the paradox of who she is, so that she can comfortably go on living with herself and her choices.

O spirits of the prêt-lok, come and receive this atman, this jee become matter, that mistakenly entered this world.
Anamika Devi, overcome the hungry ghosts that will haunt me if this deed be wrong. If this be wrong, let me, not my Leela, take my next birth in a sweeper’s hovel. This is my role in the movie of Leela’s life (9).

This story circumambulates moral and ethical questions surrounding gender bias and caste in late twentieth century India. The Selector of Souls entrances the reader and the book resists being put down. Moral paradox is demonstrated not only in the difficult questions presented in the story but Baldwins’ characters. The reader enters the story through these fully rounded imperfect characters that are in a constant moral flux. More than once a self appointed “selector of souls” contemplates the sacrifices involved with this role.

Thy Will be done – but how can I know what is Thy Will and not my own?
She must overcome conscience and empathy to become a selector of souls, and do what must be done (540).

Topics of religion, sex, prejudice, gender bias, and age bias are all ensconced in her intricate tale of the lives of various different people who find themselves fated to interact. Bon, Sikh, Hindu and Catholic all melt in the same pot of life. Baldwin carefully integrates illustrations and definitions of India’s many customs and religions into her story creating a precisely seasoned journey.

“You’ll see, we all need redeeming in our own way, Sister. For our sins”
“We should be responsible for our own sins, rather than foisting them on poor Jesus. Why is he our whipping boy?” (476).

Baldwin presents a story that illuminates the difficultly humans have in living with paradoxical characteristics and the personal choices that result in such tangled self-identity. Baldwin proceeds to create a pantheon of complex characters affected by memes, and nature, and their own selected choices. What unravels is stranger than fiction, but forms an absolutely believable, real life story. Every detail resonates with the mundane life that each character stars in, and oddly enough ends in. The wheel turns round and round and the questions remain safe in the hub.