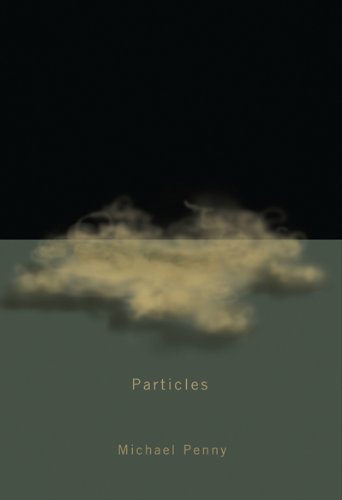 Micheline Maylor
A review of
Particles
By Michael Penny

Michael Penny’s premise for Particles rests on William Blake’s aphorism, “To see the world in a grain of sand / And a Heaven in a wild flower / Hold infinity in the palm of your hand / And eternity in an hour. “ The book consists of 99 similar length poems musing on themes of existence, attraction, being, mortality, and time. Numbered meditations dissect moments of sensory experience into reflections or contemplations.

Penny takes an interesting tact on narrative. He personifies particle through the use of second person narration. Levels of meaning accumulate and show sliding scales of being. Particle can be viewed on both the microcosmic (particle) and marcocosmic (person) level. In this way the shifting of size, shape, and scope of particle becomes more meaningful in its metaphor. Particle becomes the protagonist.

There’s a gap between where
an electron is and where it might be
and that’s the only real work-place.

You occupy that office of possibility.
With what will work out for you there.

The place itself is as imaginary
as all things described.

The job description is not you;
instead, you are this to do list:

And the last “to do” is yourself
that gap, your work-day, today.

These reflections are relatable, and there are real moments of clarity and insight, but the resonance of the material could be deepened by more muscular language choices. I recognize that this preference for language play and variation is what, to me, moves a book of poetry from good to great. And, at times, the lines felt ‘heard’, as in I’ve heard this before, from 19:

There might be hills and valleys
but those are mere landscapes not where you stand.

Memory has its own geography
as it delineates its countries
colouring them in so gradually.

Particles gains momentum and energy as it builds on impressions and the writing strengthens towards the end of book. Additionally, Penny’s ideas are pleasant to contemplate and well worth the meditative space. The author moves into some of the varying diction that I crave, too.

You work with the idea that an idea
can be a mountain, or a tree
or that crawling speck

which sights the shadow that is
your foot coming down, and is no more.
Thus even your walking can be a calamity.
So be it; it’s only an idea
but what brought it along?
Word-whelped, as you watched?

Or there, meaning there all the time
inside, surrounding, and merely itself
because it’s there?

Particles does, in the words of Jan Zwicky, do what poetry is supposed to: “Poetry articulates the necessary truths of mortality.” Each account builds on the next for a deeper set of impressions. Yet, each poem stands alone. Penny’s book could easily be used as a thought-a-day sort of contemplation guide and a good one at that.

Michael Penny is a 59 year old Edmonton based author and lawyer. Particles is Penny’s fourth book.