Book Review of “Floating Like The Dead” by Yasuko Thanh 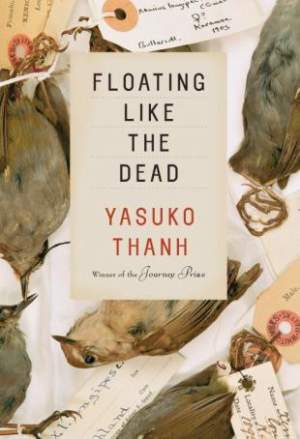 Yasuko Thanh creates a fascinating collection of spell binding anecdotes of lepers and lovers, and other quirks. Her explorations of these topics, the squeamishly shunned, are bold and inviting. The collection begins with a tale of a man on death row while eating his last meal; he ponders life.

Waves of sadness then numbness ran through my body, one after the other. Maybe these waves would wash me clean. Maybe they’d pulverize me, grind me down to the size of a stone, then a pebble, not stopping till I was as invisible as a grain of sand (25).

Our precognitive awareness of death and its impending existential crisis are explored in the title story, “Floating Like the Dead”. Several experiential reactions are woven together through the co-existence of men isolated on an island for lepers.

As a boy, he would float in the warm water of Chongwu Bay until he felt his body liquefying, his loose limbs pulled by small currents and pushed by gentle swells. He would float as if he were dead while the sun burned his back. Then he grew and fished with the older boys. He went to work in the tin mines of Malaysa. He went to the plantations of Borneo. He forgot how to turn into the sea (68).

The Walter Mitty-ian story about the quiet life of Helen and Frank revels in ordinary movements and then blossoms into a most touching love story.

Frank watches Helen as she sleeps. His little girl. He parts her hair and kisses the scar that marks where a third ear had been long ago. For a moment he wonders if he should carry her back to the car. But the car doesn’t have enough gas to make it back to the main road and would be as cold as an icebox anyway. Besides from this vantage point as long as he’s awake he can see the moon (119).

Each story Thanh writes is equally exploratory and as exciting as the last. Her book is insightful, interesting, and intelligent in its content and revelation.