“a trip into the abyss” by Jordan Simpson: a Design Review of “House of Leaves” by Mark Z Danielewski 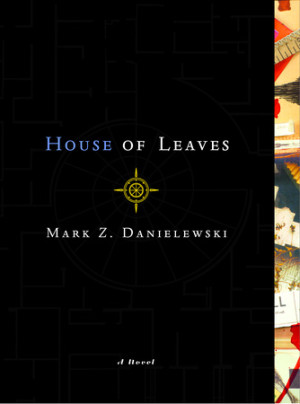 Jordan Simpson
a review of:

Reading Mark Z. Danielewski’s “novel” House of Leaves (Feb 29, 2000) is a lot like looking at one of famed Dutch artist M.C. Escher’s lithographs, while trying to solve a Rubik’s cube, while speaking a foreign language—backwards. And this is just the book’s design.

At its essence, the book’s layout, format, and even—correction, especially—typography refuse to allow it to be read in a sane manner. Take for instance Scott Wampler of BadassDigest.com, who upon meeting Danielewski asked him for any advice in decrypting the novel’s more esoteric features. Danielewski replied, ‘”I’ll give you this hint: if you ever really want to get to the bottom of things, you’ll need to use a protractor and compass while reading the book.’” Spooky. Even in writing this review, it’s simply a hard book to explain or summarize, and a challenge to the very concept of what a book’s “supposed” to be.

House of Leaves is about, yes a house, but more importantly a film, The Navidson Record. Will Navidson, battle-weary war photographer, decides to document his family’s move into a quaint country home in West Virginia as a respite—only to discover the house is three-quarters of an inch bigger on the inside.

As Will explores and films this discrepancy, assembling a team of friends and colleagues to disprove the impossible, a darkened hallway materializes upstairs. The space proves even more bewildering, periodically expanding and contracting into an endless series of blacker corridors and staircases. It also roars as it does this, to add to the terror. Will and company delve further into the house’s new dimension, and the film morphs from family project to survivalist horror as the space takes on a malevolence.

Alright, still with me?

One thing that really stands out when reading House of Leaves is the sheer variability of the physical text. Sentences are oftentimes run backwards and upside. Some pages contain reams of footnotes and footnotes referencing other footnotes that may or may not exist. On others, one or two words are set at odd orientations. Blocks of text mirror blocks of blankness as if to suggest the novel can and will impose its deranged logic on the reader. But while the book’s maddening amount of type diversity seems to belie a coherence, Danielewski takes the most mundane aspect, font, and wields it in purposeful way.

Never did I think that Times New Roman and Courier, the John and Jane of Microsoft Word, could be used in an artful way, but House of Leaves manages to use these wet blankets of fonts in ways that becomes integral to the identity of the characters themselves.

Truant’s writing is Courier, the font that parades itself on its typewriter aesthetic. As Elise Hawthorne observes on New York University media professor Jamie Skye Bianco’s blog, the choice of Courier implies a “responsive/referential quality” to Truant’s storyline as he is uncovering Zampano’s research and creating his own analysis. Although Courier tries to replicate the mechanical quality of a typewriter, it also implies a rougher, unpolished feeling – one of physical connection of metal to paper. One could draw a parallel from this connection to Truant’s act of physically sifting through the blind scholar’s work.

In Zampano’s case, Times New Roman makes perfect sense. No nonsense, scholarly, even cold, Times is often mandatory for academic papers. It’s the Helvetica of academia. And the old man’s narrative is exactly such—a hyper-scholarly examination for Zampano’s parts; however, it works in reverse of Truant’s. Whereas Courier marks the beguiled tattoo apprentice as rough hewn and impromptu, Times New Roman detaches us from the blind recluse. One reveals the personality of its character and the other allows its narrator to remain obscured.

Where the novel truly turns up the strange is in its layout. The cavernous space that emerges in the house could best be describe as a labyrinth, with its endless misdirections and wrong turns. The layout of the novel is not anything like this, and Danielewski denies any interpretations of such.

Just kidding. House of Leave’s layout serves a purpose very close to that of the ancient structure – it challenges you.

As Danielewski articulates in a 2000 interview with the Guardian, he wanted to translate the idea of “cinematic grammar” to the novel format. “Cinematic grammar,” as Archturus Media explains, “is the visual language of film.” In other words, it’s the way a director determines the pace and direction of the audience’s viewing experience through the use of different camera shots. Danielewski uses wildly untraditional layouts as his literary cinematography. A 15-page portion contains, but not limited to: an ongoing footnote column listing hundreds of examples of 20th century architectural styles, another footnote column with reciting hundreds of architects composed upside-down, continuous blue-framed text boxes reciting countless electrical, ventilation and structural features of home interiors reflected backwards on the next subsequent page, various citations by Zampano to scholarly sources, various footnotes containing Truant’s less than academic response to the old man’s work, Zampano’s transcription of the expeditions into the house’s nether region in The Navidson Record, Truant’s aside concerning a ghostly voice heard during his adolescence, and a footnote by the book’s final editors commenting on Truant’s refusal “to reveal whether the following bizarre textual layout is Zampano’s or his own.”

Many of these elements exist together at irregular positions on the pages, some in long narrow columns with uneven widths, others set perpendicularly against each other. When reading this part, the reader has to rotate the book, or hold it up to a mirror in order to follow the various texts while on other pages, single words are the only elements. In this way, Danielewski is dictating how the reader will progress through the novel. Much like the architect of the labyrinth, he forces the reader down various paths that intersect, speed up, slow down, or stop dead. Reading the book linearly literally isn’t an option. At some points, it’s downright discouraging how intimidating the narratives are to follow through their ever-changing formats.

As Deborah Biancotti on WeirdFictionReview.com observes, “as the house continues to transform, so does Danielewski’s text.” Through the design of the book, Danielewski ensnares the reader into the increasingly volatile layout of the house’s abyssal space. You are forced into the void in order to follow the story. Much like the beleaguered Will Navidson and his friends, you must trudge on, but in place of limitless chambers and halls, doorways and stairwells, are footnotes, academic digression, ramblings, and the odd occasion of the Minotaur.

In short, House of Leaves isn’t an easy or even a fun book to read, and that’s because the novel is not meant to be just read. It’s designed to challenge the idea of a book being a simple textual work. Just as a labyrinth is not meant to provide a clear path, and just as MC Escher’s work is not meant to be simply looked at.

This is exclusive FreeFall blog content by Jordan Simpson. 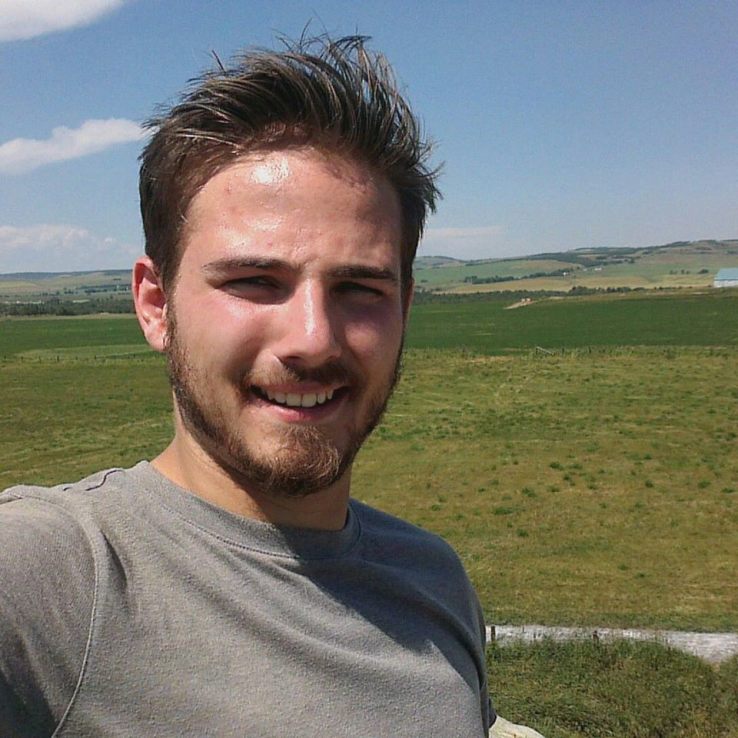