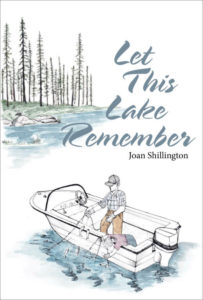 In “Truth” the persona of the poet acknowledges the ironic veracity of illusion, based on childhood memories of her father at Lake Wabamun Provincial Park in Alberta. A subsequent nightmarish prose poem deals with the PTSD she suffers even fifty years later. With bated breath, she engages in illegality (“Midnight Run”) because she believes in him as “a god” (“Seasons”) although she has objections (“Traplines”). With reduced access to the outside world, due to rabbit ears T.V. antenna (“News of the World, 1963”) she prays for peace, using onomatopoeia for rhetorical effect (“Coyotes”). She compares depth with “thin” dimensions” (“Conquering Night”). Her father’s commands (“My Father Chops Wood”) are contrasted with her mother’s desire for modern amenities. This frozen world affords ice fishing but also shaking ground from a tragic traffic accident. She imagines her father’s demise. Simile and personification are applied to “A holding. A beholding.”

Northern Lights accompany “Elk Dance”; she overhears “a murmur now…/murmuring.” Working women (“First Want 1960”) are only part of her memory reservoir. There were “Expletives blue forest silence” and sundogs. Crystals resemble words as snowflakes. The first tiny shard of cold. In an ekphrastic prose poem, she channels Monet. Silence, truth, and a waxing moon in a ghazal, typically a lyric poem set to music, includes an arpeggio. The second version speaks of longing vowel associated with the moon, as he “draws a bow across violin strings, plays I’ll Remember You”. A metaphor for the lake, “a cavernous grey mouth”, relies on repetition in “The Tempest”. Thor, the god of thunder, sends wind. This reveals “four horsemen” of the apocalypse and their fury (“Breakage”).

As a child she experienced abandonment. “Hank” was one of her father’s drinking buddies, whom she remembers in an imagist poem “Let This Lake” and a prose poem “Somewhere.” “The Medal” appears to form a prayer. The Sabbath was “within” her mother, “with or without a chapel.” Mother’s rule pervades the absence (“Water Striders”). “Six Springs” is epigrammatic and contemplative. In Saskatchewan’s “Waskesiu Lake” she recalls her father and, as his daughter, she composed this elegy. She marks the anniversary of her mother’s death seventeen years ago by repeating her actions (“Ditch Berries”) and recalling “My Mother’s Breath,” an auditory poem of many tones. This is an expression of anticipatory grief she felt at that time, as well as in the historical present tense. A 1943 dollhouse signifies a “Pretend father. Pretend daughter” (“Dreamscapes”). A salutation “Dear Dad” engages in epistolary conversation about the “next” flood. A sequel “Dear Dad” depicts him as a young pilot and then as old and frail. She admits looking at the past.

Then global warming preoccupies her, while she reads poetry by Stephen Dobyns, an American. This poem is entitled “In Memory of You” and concludes with a microcosm, “Each petal a separate world.” In “Walking With a Presence” she appears to talk with her mother’s spirit, more often than when that woman was alive. The sound of a jet engine proves a reminder of the “cockpit of my childhood,” as well as “my father’s runway.”

Another poem written on an occasion deals with his grandchildren: “Oh Dad!” but the backdrop of dive-bombs bursts into flames, without his intervention or any cessation of fire. The use of onomatopoeia in “Curtained snow” takes the poet to Calgary and the C-train, with thoughts of bone cancer and her mother’s passing, after brittle bones, but “Sky, blue, as Mary’s gown,” is presumably an allusion to the Blessed Virgin Mary, Mother of God. In “Fly Fishing,” she is eight years old. Her adult voice recognizes the symbolism in her father’s actions. When she is thinking of driving lessons “by Dad,” she remembers “I changed transfer cases to 4-wheel drive.” Furthermore, “I released the clutch and braked hard/ into faster and faster wheelies.” In “Parallel Parking in Kensington” she imagines “Presto, Dad!” his joy in her active learning, although previously she drove the skidoo (“In the Winter of a Young Girl’s Heart”). In “Sunday Morning Gathering Birch Logs at Minus 30,” she reveals “Forward, he calls in a calm voice,/ My right foot hits the clutch,/left releases the brake./ Shift to first.”

“Horseshoes” represents a family game her father was proficient at playing, “a perfect ringer,” while she watches her grandchildren perform. A prose poem situates her between recollection and reality, thus “In the gathering of time” (from “Horseshoes”). The paradox is expressed as “Up Close and in the Distance.” Bullets from Dad’s 45 explode, at which point a snared jackrabbit “cries out.” Personification and simile are used to signify her refusal to sit on a memorial bench in “Walking Through Bowness Park.” An extended metaphor for “Vessels” precedes “Fire” aligning “sun, light, ignition. Love.”

As a Calgary poet, Shillington’s poems have been published in Grain Magazine, The Fiddlehead, FreeFall Magazine, Room, CV2, The Antigonish Review and numerous anthologies. Her first collection of poetry, Revolutions, (Leaf Press 2008) is about Tsar Nicholas II, his family and their violent demise. Folding the Wilderness Within (Frontenac House 2014) was short-listed for the City of Calgary W.O. Mitchell Prize, 2015. She worked as Poetry Editor of FreeFall Magazine, written reviews and conducted interviews. She was a guest poet at the new Calgary Public Library Grand Opening and Canada Day celebration. There is a loft, desk and rocking chair overlooking the Rocky Mountains where her husband, children, grandchildren and friends come to sip tea and visit.